In addition to being widely known for the term net neutrality that allows for equal access to the Internet, Tim Wu is a professor who teaches about free speech, information warfare, and private power. He is interested in big tech and the growing power of their platforms. He has come up with some of the tech breakup proposals that are heard in the 2020 presidential debates. 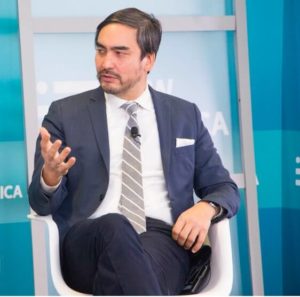 Tim Wu received his BS from McGill University in 1995 and his JD from Harvard law School in 1998. His primary areas of study are Constitutional Law, Regulation, and Public Policy, and Intellectual Property and technology. His areas of specialty are Communications Law and Policy, First Amendment, Telecom, Copyright, Mergers, Antitrust, and Media Industries.

He has been a professor at Columbia Law School since 2006. In addition, he has been a public servant. He worked as enforcement counsel under the New York Attorney General’s Office, and he worked on competition policy for the National Economic Council for the Obama White House. He also worked in Antitrust enforcement with the Federal Trade Commission. In addition, he was a Democratic primary candidate for Lieutenant Governor of New York.

He is a member of the American Academy of Arts and Sciences, and he serves as a law clerk for Justice Stephen Breyer on the US Supreme Court and Judge Richard Posner of the US Court of Appeals.

His 2018 book, The Curse of Bigness: Antitrust in the New Gilded Age, presents the argument that corporate and industrial concentration can lead to the rise of populism, nationalism, and extremist politicians.

He has written other books, including The Attention Merchants: The Epic Scramble to Get Inside Our Heads in 2016, The Master Switch: The Rise and Fall of Information Empires in 2010, and Who Controls the Internet? Illusions of a Borderless World in 2006, coauthored with Jack Goldsmith.

In addition to his books, he is a contributing opinion writer for The New York Times. He has also written for Slate, The Washington Post, and The New Yorker. He has written widely about the media, technology, and competition policy, and he writes a number of current articles that are thought provoking.

Tim Wu has been named one of America’s 100 most influential lawyers by the National Law Review. He has also made Politico’s list of the 50 most influential figures in American politics, and he has been included on the list of the 50 Scientific American policy leaders. In addition, he has testified before Congress numerous times. He has also been on the television programs, The Colbert Report and Charlie Rose.

Tim Wu is most famous for coining the term “Net neutrality” in a 2003 paper, before it became a law. Net neutrality is the principle that internet service providers should be able to access all content and applications no matter what the source without favoring or blocking specific products or websites.

In other words, Internet service providers must treat all communications equally without changing based on user, website, content, platform, application, source address, method of communication, destination address, or type of equipment. All Internet traffic should be treated equally.

When Tim Wu ran for Lieutenant Governor of New York in 2014, he ran on a platform of being a trust buster. He said that there was a time when antitrust and merger enforcement was on the front pages, but now in the face of enormous private concentration, he would change that. He didn’t win, but he was endorsed by The New York Times.

Tim Wu teaches at Columbia Law School. He is a Julius Silver Professor of Law, Science, and Technology. Most of his courses are on free speech, private power, and information warfare. He has taught courses such as Antitrust and Trade Regulation, The Media Industries: Public Policy and Business Strategy, Copyright Law, and Political Theory and the 1st Amendment.