Michael Geist is the Chair of the Canada Research in Internet and E-commerce Law, and he is a member of the Centre for Law, Technology and Society at the University of Ottawa, where he is also a law professor. He earned his Bachelor of Laws degree from Osgoode Law School in Toronto, Master of Laws degree from Cambridge University in the UK and Columbia Law School in New York, and a Doctorate in Law from Columbia Law School. His field of expertise is technology law issues. 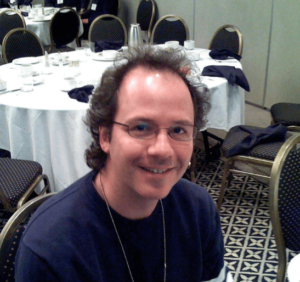 Geist has had visiting professorships at Tel Aviv University, Hong Kong University, and the University of Haifa, and he has served on many committees as a member, a director, and a chair. He is currently the chair of the Digital Strategy Advisory Panel for Waterfront Toronto. He serves on different boards, such as Ingenium, the Electronic Frontier Foundation Advisory Board, and Internet Archive Canada Board.

Geist has been named to the 25 Most Influential Lawyers in Canada three times, from 2011 to 2013. He was also named to Canada’s Top 40 Under 40 in 2002. He has won many other awards and been recognized for his work in Intellectual Property.

He was awarded the Kroeger Award for Policy Leadership and the Public Knowledge IP3 Award in 2010. In 2009, he won the Les Fowlie Award for Intellectual Freedom, which was bestowed on him by the Ontario Library Association. In 2008, he was awarded the Electronic Frontier Foundation’s Pioneer Award and Canarie’s IWAY Public Leadership Award for his contribution to the development of the Internet in Canada. He was also appointed to the Order of Ontario in 2018.

Geist has been a member of task forces and delegations, and he has testified before the House of Commons concerning many issues. He has served on International Legal Committees, Corporate and Academic Boards, organized conferences, and more.

Geist has written many chapters in books, as well as articles for refereed journals. He has written papers for conference proceedings, given presentations, and been involved in workshops. He has also written many articles for newspapers and other publications. He also serves as the editor for different monthly technology law publications, and he authors a popular blog on intellectual property law and the Internet.

Dr. Geist speaks at universities, conferences, in the media, and before Parliament regularly. Many of his talks are recorded, and his media appearances can also be seen. He has engaged in podcasts as well. His podcasts include topics such as digital advocacy, copyright reform, and more.

In addition, Geist testifies before government committees to share his expertise on relevant topics. He led the public response to Canadian copyright law, and he has given numerous speeches to the House of Commons and Senate Committees on this topic. His expert views on intellectual property and digital trade issues led to him speaking about these issues, and he is one of Canada’s biggest advocates of privacy protection. He has appeared before the House of Commons to discuss privacy and ways to reform it.