Ethan Zuckerman directs the Center for Civic Media at MIT, and he is an Associate Professor of the Practice at the MIT Media Lab. His areas of specialty and research are the use of the media as a tool for social change, technology in international development, and how activists use new media technologies. He also participates in projects that focus on the impact of technology and the media on the developing world and quantitative analysis of media. In addition, he founded Global Voices along with Rebecca MacKinnon, which is a global citizen network. 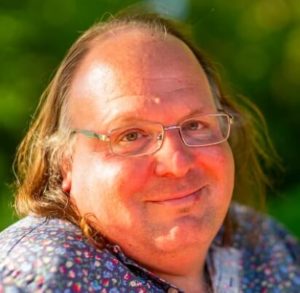 Ethan Zuckerman arrived at MIT in 2011 to become the director after co-founder Chris Csikszentmihalyi left. The Center for Civic Media researches the relationship between media and social change, and it builds tools to study how ideas spread in the media and how citizens can participate better in their civic lives.

He teaches a class called News and Participatory Media, which looks at how the journalists and technologists join forces to develop new tools and techniques for reporting news. His research is mostly on quantitative analysis of media. He looks at computational techniques to do a who, what, where feature for traditional and participatory media.

In addition, along with Rebecca MacKinnon, he founded Global Voices in 2005. They had planned to put together blogs from around the developing world, based on his interest in Africa and her focus on China However, it turned into a global community of citizen media authors, and they work to preserve freedom of speech online.

Ethan Zuckerman earned his Bachelor’s Degree in Philosophy from Williams College, and he was a Fulbright Scholar who studied at the University of Ghana at Legon.

He enjoys public speaking and traveling around the world to meet new people and share new ideas. He is represented by Stern Speakers, and he speaks at conferences, events, and small private functions. He has a TED talk online.

Ethan Zuckerman has a long list of published works. He has written “Rewire: Digital Cosmopolitans in the Age of Connection.” He also has many blog posts dating back to 2003. He started blogging conferences in 2004, and when he went to TED the first time, he was a blogger.

Today, he doesn’t live blog as much because he is very busy writing for magazines and publications. In addition to Rewire, he writes for CNN, The Atlantic, and others.

He founded a nonprofit, Geekcorps, in 1999 with Elisa Korentayer. It was an international nonprofit that helped geeks in developed nations share tech skills with geeks in emerging nations. IT specialists go and work on projects in developing nations, especially West Africa. Tripod was his first dot com company, and he provided tools for life to users. They kept the company going until 1999.

He designed a vertically oriented pop-up window that included tools and an advertisement, and it was to be included on webpages. It had been determined that this was a less obtrusive way of advertising than sticking the ad in the middle of a user page.

He co-founded this international blogging community with Rebecca MacKinnon. It contains news and opinions from citizen media in more than 150 countries. Through Global Voices and the Berkman Center for Internet and Society at Harvard University, where he was a researcher and fellow for eight years, he actively tries to promote freedom of expression and to fight censorship online. Global Voices has been supported by the MacArthur Foundation, Ford Foundation, Knight Foundation, Hivos, the Open Society Institute, and Google.

Ethan Zuckerman was awarded the 2002 Technology in Service of Humanity Award by Mit’s Technology Review Magazine. He was also named to the TR100, which is TR’s list of innovators under the age of 35. In addition, he was named a Global Leader for Tomorrow and a Young Global Leader by the World Economic Forum.